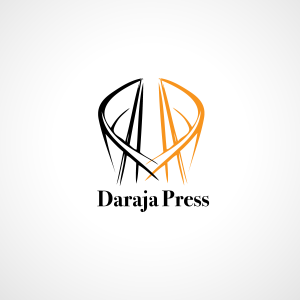 May contain traces: Episodes from a colonial present

Post-/Decolonial critique exposes and deconstructs global inequality in its epistemic and material dimensions. However, this knowledge tends to hide in universities and in abstract, inaccessible theoretical texts. This collective comic project deals with postcolonial critique of global inequality in everyday life in the spaces, discourses and practices of so-called ‘global development’. Our project illuminates everyday life’s postcoloniality as well as the decolonising potential of everyday struggles. It does so by focusing on (settler)colonial history, but also on recent interventions, for instance by development experts.  With the medium of comics, we want to tell such critical perspectives in a visualised form and by using everyday stories as examples, thus overcoming textual boundaries.

Our project develops a combination of individual, interconnected narratives of non-fiction comics, along which we present thematic fields and perspectives of postcolonial critique of global inequality. The combination of the formats of comic and non-fictional research-based insights makes it possible to convey reality, while at the same time using the literary freedom of a graphic novel to convey postcolonial critique in a more lively and humorous way than a purely factual comic could. Our project thus puts complex theoretical concepts into story form, making them tangible.

The comic stories are developed by academics and activists engaged in postcolonial critiques of global inequality. For each story, different artist/illustrators connected to the geographical and political context of the story works with the academics/activists to transform the story into a comic strip.

Story 1: Alienating the SDGs. A critique from outer space

A UN expert on the SDGs is abducted by aliens and has to explain what he is doing. The aliens cannot believe how such a fairly intelligent specimen can be so stupid to destroy a whole planet. With new insights, the SDG expert returns to earth, only to find that nobody takes his new perspectives seriously at the UN.

A development aid consultant for FCDO evaluates a project on sustainable Bauxite mining in India. His Adivasi interpreter makes him realize once again that his hands are bound and he is part of the depoliticization machine. He has a breakdown in his hotel, only to wake up to a reversal of the gaze. His home in the UK is transformed as part of an ecological lighthouse project and he finds out that he needs the help of the Adivasi interpreter if he wants to survive with the little plot and seeds that he is given as livelihoods.

The descendants of victims of the Ovaherero and Nama genocide and the Shoah meet on a farm in Namibia – he as a farm worker and she as the daughter of the settler farmer. Both have not yet faced their heritage, and they enter into a dialogue. The future, however, is uncertain, and thus the crucial questions of reparations and remembering.

Story 4: It all runs in the family. Tracking and tracing settler colonialism

A young woman remembers that in childhood days her uncle from America had visited and given her a small stuffed alligator as a present. The alligator actually belonged to the uncle’s great grandfather who had been active as a lawyer in colonising the Dakota territory. As a grown-up, she takes part in the defence of the Hambacher Forest. The family story of settler colonialism takes a turn when indigenous activists from the Dakota Access Pipeline protests send a totem depicting alligators to the squatters of the German forest as a sign of support.

A white, left-wing doctoral student from Germany does archival research in Mexico on Maya resistance. The man who cleans her hotel room turns out to from a family that fought against the colonisers. She begins to realise that knowledge might not come from academic books, but from real people. When she puts on a jacket to get some fresh air, the jacket turns into a nun’s outfit and the hotel’s door leads to a 16th century scenario: The Spanish bishop Diego de Landa is just forcing the Maya to burn all their documents on history, religion and culture.

In between each story, intermezzi are placed that consist of images that function via associations, impressions or snapshots of complex contexts. They provide backgrounds to and highlight the connections between the five stories, such as primitive accumulation, colonization, climate crisis, imposition of Western gender duality, etc. Example for an image: Columbus imagined the world as a giant woman’s breast on which he travelled, with her nipple as the destination – America, the highest point on earth, which was thus closest to the sky. In this image, the sexualisation of the world to be colonised, the accompanying sexual exploitation and rape, the male fantasy of having to subjugate virginity, etc. is conveyed (America was also drawn as a naked woman waiting for Vespucci by Jan Van der Streat, ca. 1575).