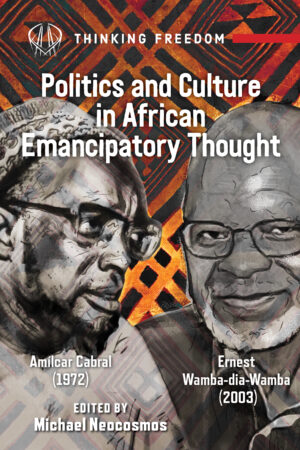 The current absence of any emancipatory vision for Africa lies at the heart of our political problems of racial capitalist and colonial oppression. Any attempt to rethink political emancipation on the African continent must be able to locate a universal conception of freedom within singular cultural experiences where people live. Irrespective of the specific manner in which such struggles for freedom were thought within different historical contexts, emancipatory politics always exhibited such a dialectic when it was based within popular traditions. Yet only some militant intellectual leaders understood the importance of this dialectic in thought.

The present volume outlines and discusses two particularly important views concerning the role and importance of popular culture in emancipatory politics in Africa. Each is the product of distinct forms of colonial capitalist exploitation: the former saw the light of day within a colonial context while the latter is directly confronted by the neocolonial state. All emancipatory politics are developed in confrontation with state power, and all begin with a process of discussion and debate whereby a collective subject begins to be formed. The formation of such a collective political subject has been fundamentally informed by popular cultures on the African continent.

The two authors whose essays are included here understood this and posit popular culture at the centre of their politics. The first, Amílcar Cabral, addresses the central role of popular culture in the independence struggle of Guinea Bissau in the 1970s; the second, Ernest Wamba-dia-Wamba, addresses the centrality of African popular culture in an emancipatory politics for the current Democratic Republic of Congo. Despite the distance in time that separates them, both Cabral and Wamba-dia-Wamba develop a dialectics at the core of their politics which activates the universals of culture in the present. It is this that makes their views of central importance to emancipatory thought today.