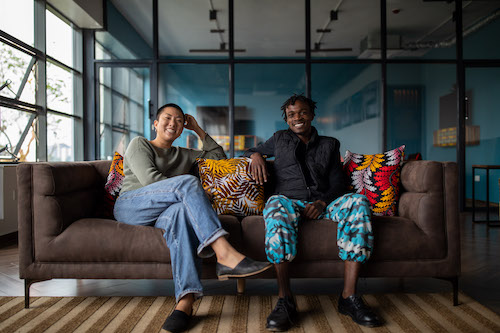 Until Everyone is Free: Rekindling Kenya’s overlooked histories of resistance

I talk with April Zhu and Stoneface Bombaa about archiving lost/erased histories of resistance in Kenya through the production of podcasts and radio in Sheng, the alternate language of the informal settlements. April Zhu is a freelance journalist based in Nairobi, where she has written on gender, urban inequality, and China-Kenya as seen from the margin. While interviewing Stoneface for pieces on police brutality in Nairobi’s ghettos for The New York Review of Books Daily and The Baffler Magazine, a theme kept emerging in their conversations: archiving forgotten histories of resistance in Kenya. Stoneface Bombaa (Huduma Namba names Brian Otieno) is a community organizer at the Mathare Social Justice Centre (MSJC), where he runs the MSJC Kids Club and Art for Social Change. He is also a member of the Mathare Green Movement (MGM), a group of volunteers who, through planting trees throughout the informal settlement, practice collective imagination and action. His work at MSJC and MGM have given him a clear view of the “ecological injustice” that permeates life in Nairobi’s ghettos: exclusion from basic infrastructure like water, roads, electricity, exclusion from healthcare, exclusion from education, and so on. Stoneface has spent time helping young people in Mathare understand the systemic nature of the everyday violence that shapes their lives. Until Everyone Is Free is an extension of that work.