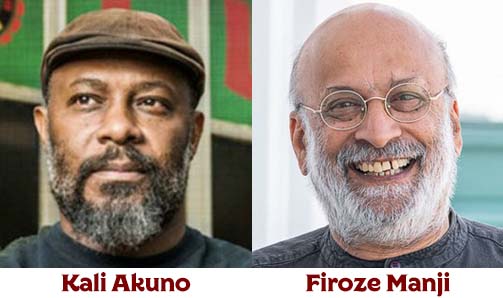 Civil War in the USA? A conversation with Kali Akuno

Kali Akuno, the co-founder of Cooperation Jackson, recently wrote that “we have a little less than two years before the neo-confederates and neo-fascists install a reactionary dictatorship by the end of January 2025.” What can be done under such circumstances given the rise and confidence of the right and the weakness of the left in the USA? What measures can be taken for self-defence, ensuring people have access to food and other basic necessities in the face of threats from the dictatorship and far-right militia? What should be the political response? Organizing around voting rights is necessary, but is it sufficient? What are the possibilities for mass mobilizations? Will that hasten the development of the civil war? What are the implications of COVID in this context?

As Frantz Fanon once prophetically stated, “each generation must, out of relative obscurity, discover its mission, fulfill it, or betray it.” The question is, says Kali Akuno, which one of these will we choose?

“The choice is ours. We can panic and follow the liberal road to ruin, either intentionally or by default. Or we can rise up, build on our experiences, move from our strengths and forge a new path.”

Kali Akuno is in conversation with Firoze Manji of Daraja Press to discuss these and other issues in greater depth.

The second civil war in the United States might be unthinkable but, realistically, shorn of illusions, it is inevitable. Unless … It is vital to recognise that the only argument that the reactionaries understand comes out of a gun. The only hope of avoiding mass slaughter is for the Resistance to arm itself to the teeth. The reactionaries don’t care about the law, human rights, morality or any of the tissue thin nonsense liberals use to reassure themselves. The only safe and peaceful way to avoid mass slaughter and repression is to arm ourselves to the teeth and make quite clear that we shall not be shuffling quietly off to the concentration camps. Nobody is going to come to the rescue. ‘They’ are not going to fix this. Liberals are standing like deer in the headlights, hoping to somehow avoid the coming clash. The United States was founded upon the enslavement of Africans, the genocidal slaughter of the native population and the oppression of women. This is the basis for its racism, violence and misogyny. These unresolved contradictions are now coming to a head and each of us has to play our part in preventing the reaction from winning.