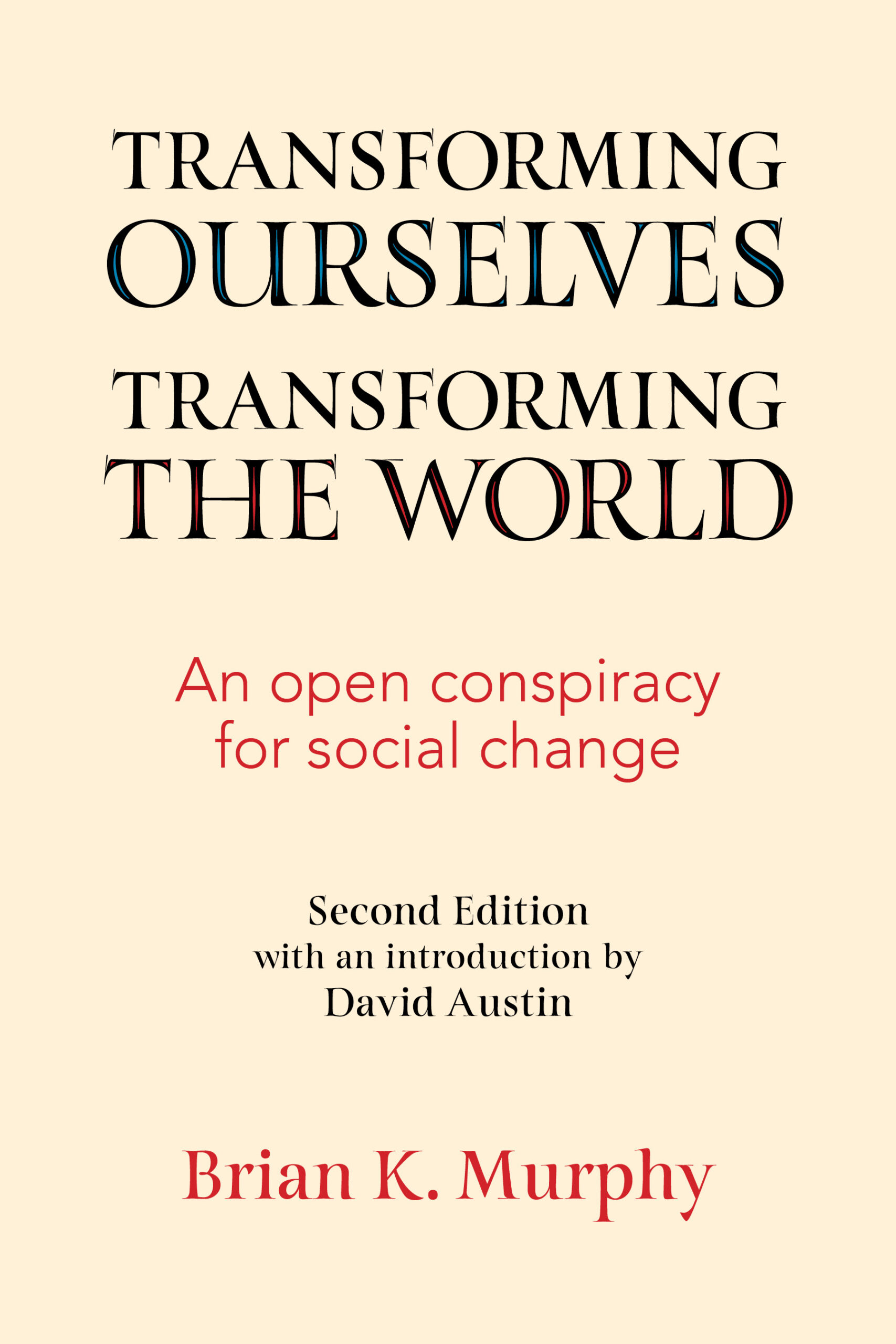 An open conspiracy for social change: a conversation with Brian Murphy and David Austin: SEPT 2nd @ 11:00am

This book is for all those – community workers, adult educators, social activists of every kind – who want to overcome pessimism and play a part in changing society in the direction of peace, justice and dignity for all human beings. As author Brian Murphy— the independent analyst, organizer, educator and writer, and former staff member of the social justice organization, Inter Pares—points out, many of us are pessimistic about our ability to change the world when confronted by destructive political and corporative forces and the destruction they wreak. Murphy reveals the social and personal dilemmas which hold people back from social engagement, and argues that the various constraints we face can be overcome.

David Austin is author of Dread Poetry and Freedom: Linton Kwesi Johnson and the Unfinished Revolution, Fear of a Black Nation: Race, Sex, and Security in Sixties Montreal and the editor of Moving Against the System, The 1968 Congress of Black Writers and the Making of Global Consciousness.

You can listen to the audio version here: