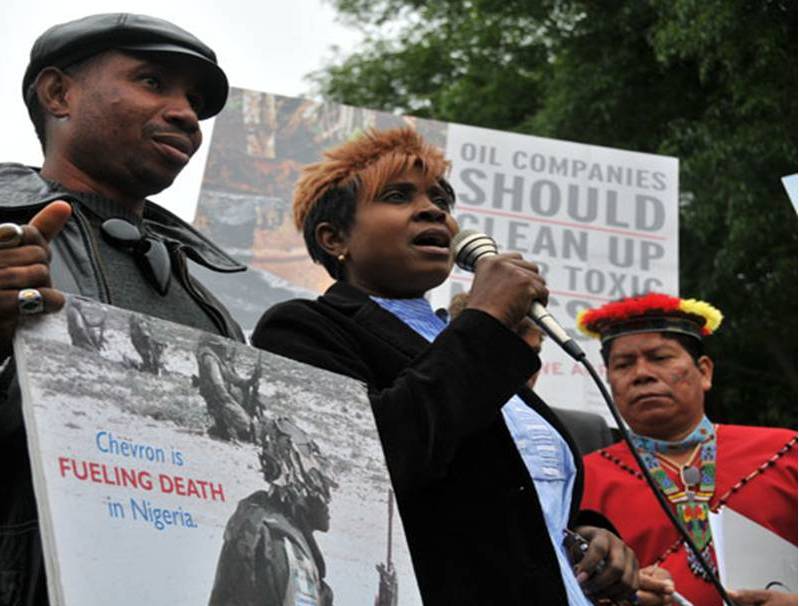 Organising on COVID-19 in the Niger Delta

Emem Okon is a feminist activist, grassroots mobilizer, gender specialist, social change advocate, pan-africanist and a development practitioner who has successfully led grassroots campaigns in the Niger Delta region of Nigeria and in the African region with over 20 years experience in the non-profit sector and specializes in practical issues associated with gender, women empowerment, grassroots mobilization, Climate Change, budget monitoring, women peace and security, leadership, gender and extractives, advocacy campaigns and development practices as it affects women in rural communities.

Emem is currently the Founder and Executive Director of Kebetkache Women Development & Resource Centre; a member of the NEITI Civil Society Steering Committee in Nigeria , and one of the Alternate members of the Governing Council to HYPREP on the implementation of the UNEP report on Ogoniland.

Before she founded Kebetkache Women Development & Resource Centre, she was the Rivers State Coordinator of Women in Nigeria and the Program Coordinator Niger Delta Women for Justice a grassroots Pan-Niger Delta women’s movement. She has been involved in many women advocacy campaigns and coordinated many networks in the south south geo-political zone including being the South south zonal coordinator of West African Network for Peace-Building (WANEP); Chairperson of the Coordinating Council of the CSO Alliance on SGDs; Rivers State Deputy Coordinator of Coalition of Eastern NGOs.

Emem received the Sisterhood award from Women International Center, USA in 2012 and in March 2019, she received the Women Have Wings of Courage award from the Tides Foundation USA. She is a Deaconess and a Director in Royal House of Grace International Church. She was also honoured with the title of ETI-UFAN from the Duke Royal House of Cross River State in 2017 in recognition of her contributions to women empowerment and development.