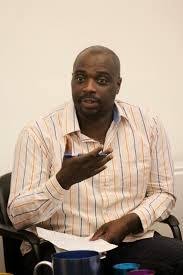 Covid-19 and fears of a black nation rising?

David Austin is one of the most important black writers and intellectuals in North America. Based in Montreal. David has been a prolific writer. He has published widely including:

David Austin is the author of Dread Poetry and Freedom: Linton Kwesi Johnson and the Unfinished Revolution (London: Pluto Press, 2018) and Fear of a Black Nation: Race, Sex, and Security in Sixties Montreal (Toronto: Between the Lines, 2013), winner of the 2014 Casa de las Americas Prize; and author/editor of Moving Against the System: The 1968 Congress of Black Writers and the Making of Global Consciousness (London: Pluto Press, 2018); and editor of You Don’t Play with Revolution: The Montreal Lectures of C.L.R. James (AK Press, 2009). He is also the author of numerous articles on Caribbean and African thought, social movements, the left, and the black radical tradition and politics; and has produced radio documentaries for CBC Radio’s Ideas on C.L.R. James (The Black Jacobin, 2005) and Frantz Fanon (The Wretched of the Earth, 2007). He currently teaches in the Humanities, Philosophy, and Religion Department at John Abbott College and is an adjunct in the McGill Institute for the Study of Canada.

I speak with David about what the Covid pandemic has revealed about the nature of racism, in particular in Canada – a country that has long had pretensions to be liberal and non-racist.