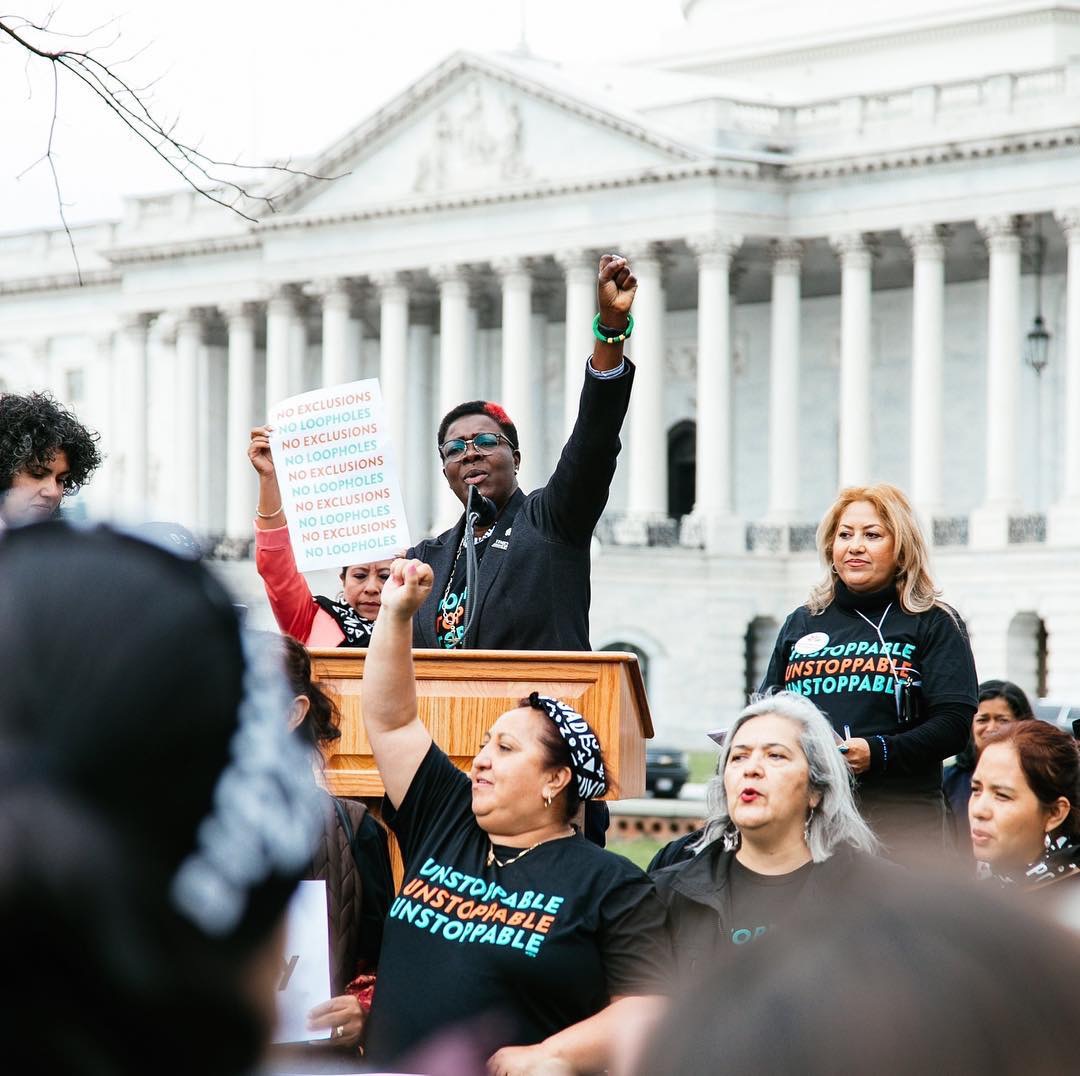 June Barrett is a home care worker, organizer, and leader with the We Dream in Black program of the National Domestic Workers Alliance, as well as the Miami Workers Center. She is a queer, Jamaican immigrant, who has done domestic work in the United States for over 19 years. She is one of the 2019 Dorothy Bolden Fellow with the National Domestic Workers Alliance. June has participated in the Women’s March, and actively canvassed South Florida during the 2016 presidential election. June has been a leading spokesperson in the #MeToo movement, sharing her own experiences of verbal and physical sexual assault as a home care worker. She has also been active in speaking out against wage theft and discrimination in the workplace among care workers, and participated in the TIME’S UP Day of Witness event in New York City, Metoo conference in Reykjavík Iceland and the 2019 La Jornada continental in Havana Cuba. She is a skilled organizer, dedicated to reaching Black immigrant domestic workers in South Florida, and an impassioned advocate for access to health care, having spoken at numerous protests, rallies, and press conferences. June appeared on the Robin Thede show on BET to speak about sexual harassment in Domestic Work. Her story also appeared in many digital and print news outlet also Teen Vogue, money magazine and Red Pepper.
June is a member of the world March Of Women USA. She recently returned from Iceland where she spoke at the MeToo conference on Race, Migration, class and Domestic Work. Whenever June is invited to speak anywhere you must expect a powerful preaching like delivery. June’s favorite hobby is to travel, go sightseeing to find churches, going to church and attend rallies for social Justice. June loves working as an organizer because she is working to end discrimination and abuse in Domestic work. Whenever June takes the mike and put her huge cross on be ready for a social justice sermon.

Wow!!! This is a great wonderful person who believes in human rights and equality for all. She is also my sister.
So proud of you my love. Keep up the good work, you labour won’t be in vain and your name shall ring out in history.

Hats off to you June. But zI was disappointed that you did not support me when I wanted to start a we dream in black chapter in ca. We here in California domestic workers have the same problems that all people of color who do this kind of work throughout the country.