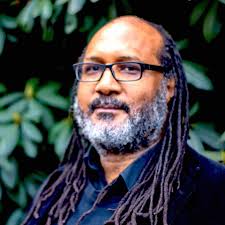 Lewis Gordon on engaging with Fanon

“Each generation must, out of relative obscurity, discover its mission, fulfill it, or betray it.” Frantz Fanon

Lewis Gordon is one of the greatest philosophers not our times. He is based at the University of Connecticut and works in the areas of Africana philosophy, existentialism, phenomenology, social and political theory, postcolonial thought, theories of race and racism, philosophies of liberation, aesthetics, philosophy of education, and philosophy of religion. He is a real polymath. He has written particularly extensively on Africana and black existentialism, postcolonial phenomenology, race and racism, and on the works and thought of W. E. B. Du Bois and Frantz Fanon. His most recent book is titled: What Fanon Said: A Philosophical Introduction To His Life And Thought.

This was an amazing listen Prof, Wow! Thank you so much for such an interesting and engaging conversation – beautiful!! Looking forward to more from Daraja Press, and also getting involved – will look up ways to do so – Asante tena!