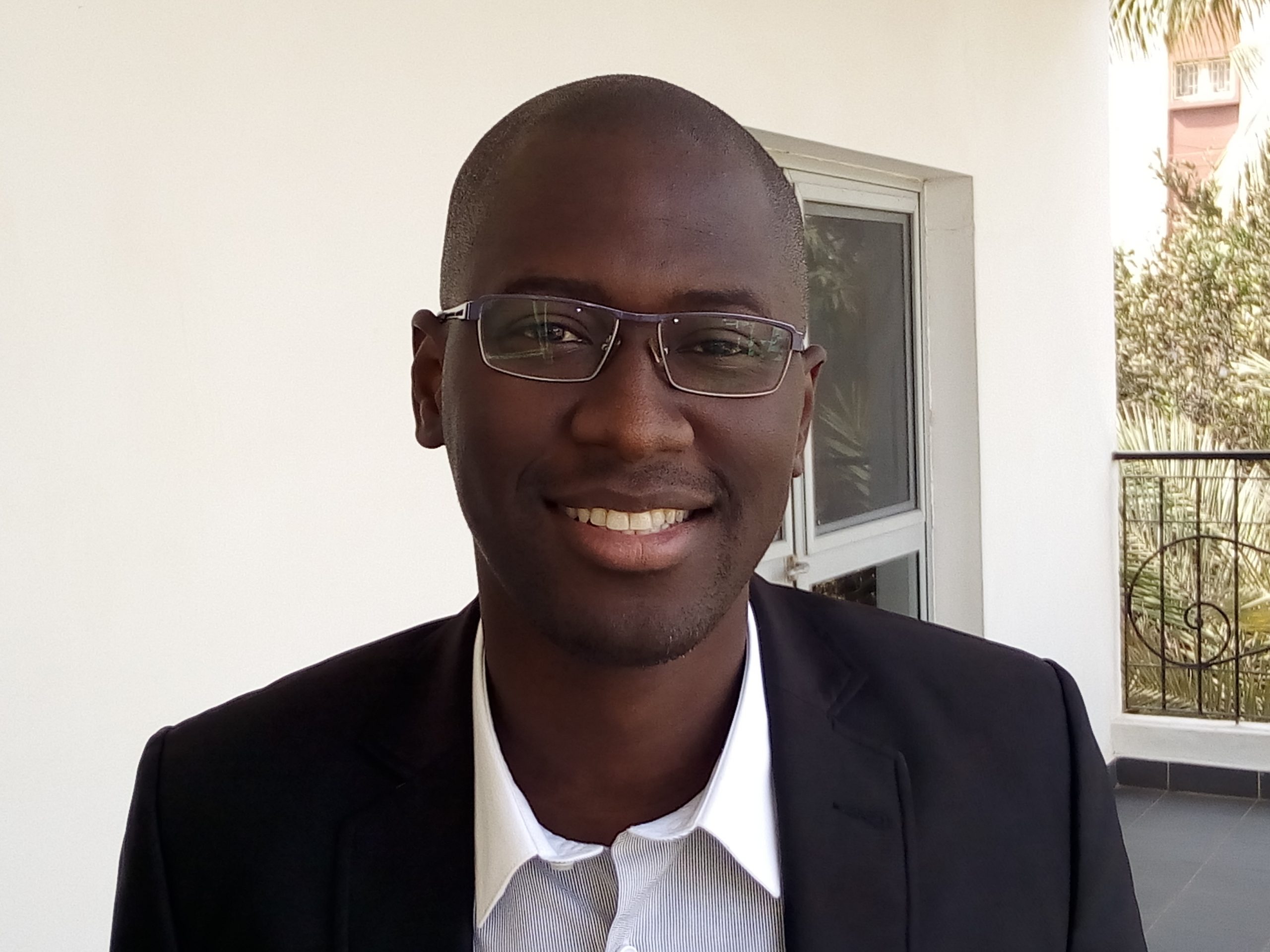 I interview Lionel Zevounou , Amy Niang and Ndongo Samba Sylla on the Declaration signed by hundreds of African intellectuals in Africa and in the diaspora.

Dr Ndongo Samba Sylla is a Senegalese development economist. He has previously worked as a technical advisor at the Presidency of the Republic of Senegal. He is currently a Research and Programme manager at the West Africa office of the Rosa Luxemburg Foundation (Dakar). His publications cover topics such as Fair trade, labour markets in developing countries, social movements, democratic theory, economic and monetary sovereignty. He has written two books, coauthored one and edited/coauthored some collective books. His works have been regularly cited in the international press.

Lionel Zevounou is an Associate Professor of public Law at University of Paris Nanterre.  Since 2018, he has been appointed for five years to the Institut Universitaire de France. He is now working on the relationship between race and law, particularly the tensions generated by the universalist claim of French law and colonial domination through the category of assimilation.

Amy Niang is an academic and writer. She teaches International relations at the University of the Witwatersrand. She is the author of The Postcolonial African State in Transition: Stateness and Modes of Sovereignty (Rowman and Littlefield 2018).

THE TIME TO ACT IS NOW:

The threats that are hanging over the African continent with regards to the spread of COVID-19 demand our individual and collective attention. The situation is critical. Yet this is not about mitigating another ‘African’ humanitarian crisis but to diffuse the potentially damaging effects of a virus that has shaken the global order and put under question the bases of our living-together.

The coronavirus pandemic lays bare that which well-to-do middle classes in African cities have thus far refused to confront. In the past 10 years, various media, intellectuals, politicians and international financial institutions have clung to an idea of an Africa on the move, of Africa as the new frontier of capitalist expansion; an Africa on the path to ‘emerging’ with growth rates that are the envy of northern countries. Such a representation, repeated at will to the point of becoming a received truth, has been torn apart by a crisis that has not entirely revealed the extent of its destructive potential. At the same time, any prospect of an inclusive multilateralism—ostensibly kept aliveby years of treaty-making—is forbidding. The global order is disintegrating before our very eyes, giving way to a vicious geopolitical tussle. The new context of economic war of all against all leaves out countries of the Global South so to speak stranded. Once again we are reminded of their perennial status in the world order in-the-making: that of docile spectators.

Like a tectonic storm, the COVID-19 pandemic threatens to shatter the foundations of states and institutions whose profound failings have been ignored for too long. It is impossible to list these, suffice it to mention chronic under-investment in public health and fundamental research, limited achievements in food self-sufficiency, the mismanagement of public finances, the prioritization of road and airport infrastructures at the expense of human well-being. All of this has in fact been the object of an abundant specialized research, except that it seems to have escaped attention in spheres of governance on the continent. The management of the ongoing crisis constitutes a most glaring evidence of this gap.

On the necessity to govern with compassion

Adopting the all-securitarian model of ‘containment’ of northern countries—often without much care to specific contexts—many African countries have imposed a brutal lockdown upon their populations; here and there, violation of curfew measures has been met with police violence. If such containment measures have met the agreement of middle classes shielded from crowded living conditions with some having the possibility to work from home, they have proved punitive and disruptive for those whose survival depends on informal activities.

Let’s be clear: we are not advocating an impossible choice between economic security vs. health security but we wish to insist on the necessity for African governments to take into account the chronic precarity that characterizes the majority of their populations. Yet, as a continent that is familiar with pandemic outbreaks, Africa has a head start in the management of large-scale health crises. However, it should gird itself against complacency.

Here and here, civil society organizations have shown tremendous solidarity and creativity. Despite however the great dynamism of individual actors, these initiatives could in no way make up for the chronic unpreparedness and the structural deficiencies that states themselves will have to mitigate. Rather than sit idle and wait for better fortune, we must endeavor to rethink the basis of our common destiny from our own specific historical and social context and the resources we have.

Our belief is that ‘emergency’ cannot, and should not constitute a mode of governance. We must instead be seized by the real urgency, which is to reform public policy, to make them work in favor of African populations and according to African priorities. In short, it is imperative to put forth the value of every human being regardless of status, over and beyond any logic of profit-making, domination or power capture.

Beyond the state of emergency

African leaders can and should propose to their societies a new political idea of Africa. For this is a question of survival, fundamentally, and not a matter of rhetorical flourish. Serious reflections are needed on the functioning of state institutions, on the function of a state and the place of juridical norms in the distribution and the balancing of power. This is best achieved on the basis of ideas adapted to realities across the continent. The realization of the second wave of our political independence will depend on political creativity as well as our capacity to take charge of our common destiny. Once again, various isolated efforts are already bearing fruit. They deserve to be heeded, debated and amply encouraged.

Furthermore, PanAfricanism also needs a new lease of life. It has to be reconciled with its original inspiration following decades of shortcomings. If progress on continental integration has been slow, the reason has much to do with an orientation informed by the orthodoxy of market liberalism. In consequence, the coronavirus pandemic reveals the deficit of a collective continental response, both in the health and other sectors. More than ever, we call upon leaders to ponder the necessity to adopt a concerted approach to governance sectors related to public health, fundamental research in all disciplines and to public policy. In the same vein, health has to be conceived as essential public good, the status of health workers needs to be enhanced, hospital infrastructure need to be upgraded to a level that allows everybody, including leaders themselves, to receive adequate treatment in Africa. Failure to implement these reforms would be cataclysmic.

This letter is a small reminder, a reiteration of the obvious: that the African continent must take its destiny back into its own hands. For it is in the most trying moments that new/innovative orientations must be explored and lasting solutions adopted.

The present letter is addressed to leaders of all walks of life; to the people of Africa and to all those that are committed to re/thinking the continent. We invite them to seize the opportunity of the coronavirus crisis to joint efforts in rethinking an African state in the service of the well-being of its people, to break with a model of development based on the vicious cycle of indebtedness, to break with the orthodox vision of growth for the sake of growth, and of profit for the sake of profit.

The challenge for Africa is no less than the restoration of its intellectual freedom and a capacity to create—without which no sovereignty is conceivable. It is to break with the outsourcing of our sovereign prerogatives, to reconnect with local configurations, to break with sterile imitation, to adapt science, technology and research to our context, to elaborate institutions on the basis of our specificities and our resources, to adopt an inclusive governance framework and endogenous development, to create value in Africa in order to reduce our systemic dependence.

More crucially, it is essential to remember that Africa has sufficient material and human resources to build a shared prosperity on an egalitarian basis and in respect of the dignity of each and everyone. The dearth of political will and the extractive practices of external actors can no longer be used as excuse for inaction. We no longer have a choice: we need a radical change in direction. Now is the time!

Anthony Obeng (The African Institute for Economic Development and Planning)

Rosania da Silva (University Foundation for the Development of Education)

Jonathan Klaaren (University of the Witwatersrand)

Many Camara (University of Angers)

Amy Niang (University of the Witwatersrand)