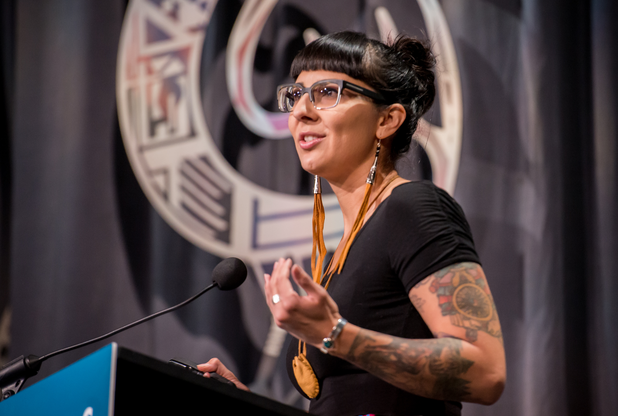 Organising amongst First Nations in Canada in the time of Covid

I speak with Eriel Deranger. She s a Dënesųłiné woman (ts’ékui), member of the Athabasca Chipewyan First Nation and mother of two, coming from a family of Indigenous rights advocates fighting for the recognition, sovereignty and autonomy of their Indigenous lands and territory in what is now known as Treaty 8, Canada. In 2015, Deranger worked with local Indigenous organizers to help build out the foundations of Indigenous Climate Action, becoming one of the core co-founders of the organization. She formally stepped into the role of Executive Director in July of 2017.